Interview with E.H. Lupton, author of The Joy of Fishes 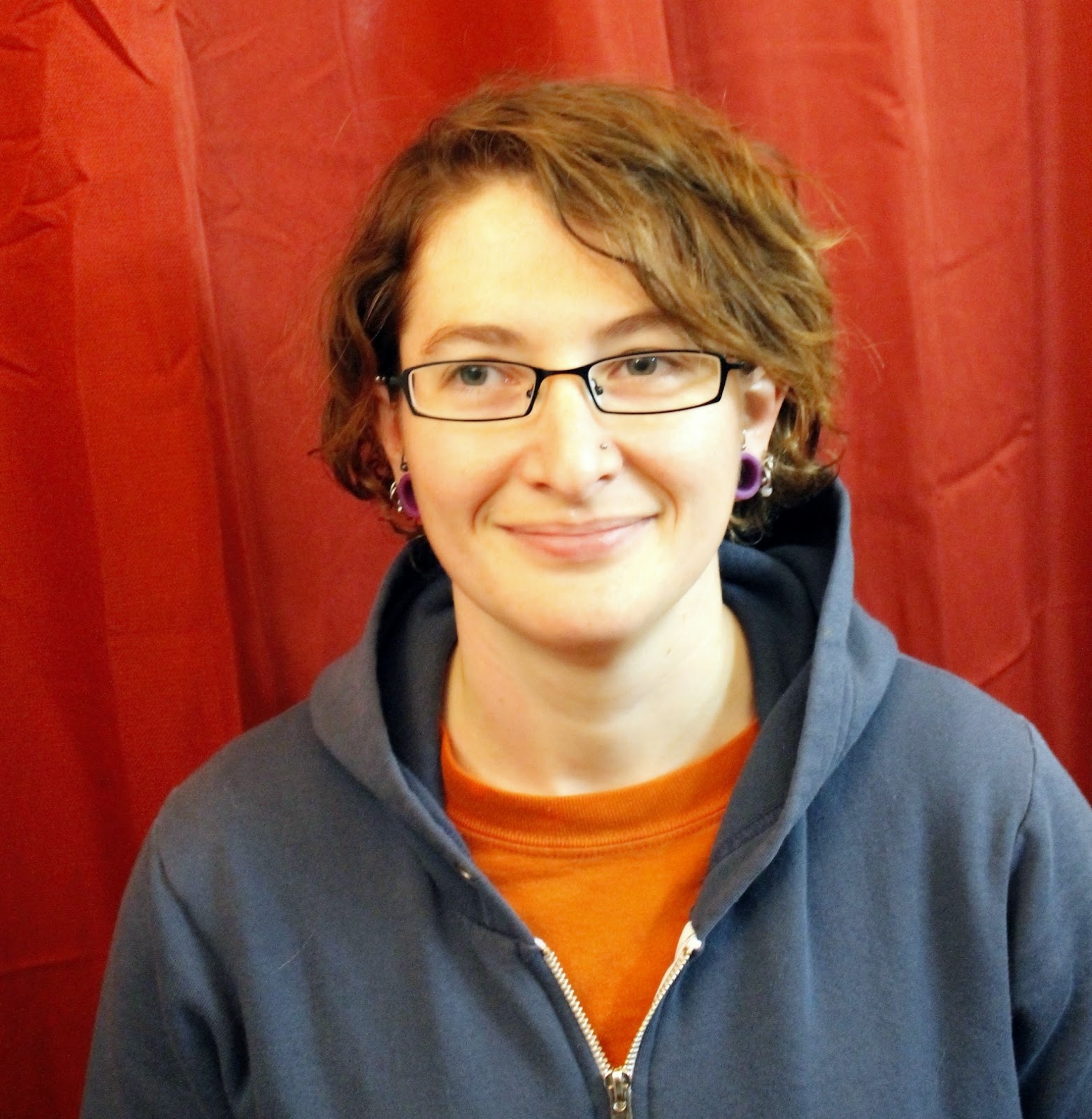 Interview with E.H. Lupton, author of The Joy of Fishes

E.H. Lupton lives in Madison, Wisconsin with her husband and various pets. In her spare time, she pursues a number of hobbies including running, baking, making things up, and taking naps.

Her novella, The Joy of Fishes, was published by Battered Suitcase Press in December of 2013.

I was about twelve or thirteen and having an argument with my father about a TV show we both liked. I didn’t like the direction it was going in. My father challenged me to write my own version. I haven’t stopped since.

I feel like I have stories to tell. Also, I don’t have a TV, and if I run too much my joints get angry, so I have to have a “sitting down” hobby.

No. When I was young I thought all writers just wrote full time. Also, I’m guessing I thought writing was easy. In fact I still want to believe that, because I am continually surprised by how difficult writing is—I keep hoping I’ll come around a bend in the road and suddenly find everything is a cinch.

It has to have compelling characters and a good plot. Artistry of writing is nice, and if the story fails on plot, sometimes artistry can get you pretty far (I mean, look at Ulysses). But if it fails on characters, I don’t care about the rest.

Probably mysteries. I read a lot of genres, because I’m always reading things that people recommend or that I find somewhere, but left to my own devices I look for a mystery novel. I’m especially fond of hardboiled detective novels.

This is a hard question. Raymond Chandler is up there. Salman Rushdie. James Joyce. Zora Neale Hurston. Thomas Pynchon, especially his more recent stuff, like Inherent Vice. I’m probably leaving out a lot of worthy names here, but I think if you’ve read any of these writers you might begin to detect a trend: I like incredibly well-written works with interesting characters and (in most cases) dense, complex plots that are funny and heart-wrenching by turns.

Probably the biggest influence was James Joyce’s Ulysses. I learned from it that books don’t have to stick to a single topic; you can put all of life into them. This book, more specifically, was influenced also by Kurt Vonnegut’s Slaughterhouse-Five, Milan Kundera’s The Book of Laughter and Forgetting, and by Wandering on the Way, a collection of Daoist stories translated by Victor Mair.

I started down the path to study philosophy when I read Zen and the Art of Motorcycle Maintenance by Robert Persig. I think a lot of my work is deeply rooted in philosophy in general, though it’s not always as apparent as it is with The Joy of Fishes. As an undergraduate, I studied philosophy and Chinese, which led to me taking the class in Daoism that inspired TJoF.

More prosaically, my mom used to read me Kipling’s The Just-So Stories and a lot of the works of James Thurber, and I think both of those had a big influence on me.

When I’m lucky (that is, when I’m not recovering from an injury), I do a lot of thinking when I’m out running. When I’m not able to run, driving or biking can have a similar effect. (I live in Wisconsin, so the window for biking is pretty small.)

I think they’re proud. Maybe a bit surprised that this is what I do, but proud.

While I was finishing my thesis recently, I would get up around 5:30 and write until 7ish (sometimes pausing earlier or later depending on whether the puppy needed to go out). After I took the dogs out, I put the thesis away and went to the gym for an hour. Then I’d be ready to go to my day job. I find it easiest to get things done in the morning when there are fewer distractions. I’m sleeping in a little later now though.

I really like to write off the computer—I write longhand quite a bit, and when I have the opportunity, I like to write on my grandmother’s old typewriter. It is about fifty years old and probably weighs twenty or thirty pounds. I really like the feeling of connecting with the keys. Also, I like being away from the Internet.

The Internet. Especially when things get difficult, I have a hard time focusing. Also, I know that in the course of writing a first draft, there are going to be boring bits that will have to be cut out later. But I hate writing them down. I have to force myself to press forward.

I have a short story I’m rewriting, and a novel I’m doing the first draft of. There are probably a few other things, too. I pick stories up and put them down all the time.

No. I know enough to know that I know nothing.

I have a blog at pretensesoup.com where you can find all of (or a lot of) my comic “Em ơi!,” which chronicles my various adventures in a somewhat piecemeal and occasionally imaginary fashion. I’ve been drawing it since 2008ish, and have amassed nearly four hundred comics at this point, making it probably my longest-running work. I have had a story published in issue 6 of Greatest Uncommon Denominator/GUD (“Salad Days,” which can be found here: http://www.gudmagazine.com/vault/6/Salad+Days). And I have had a story published in issue 5 of a magazine called Wilde Oats, but it appears to have been archived and isn’t on their website right now (looks like it will be in the future though). 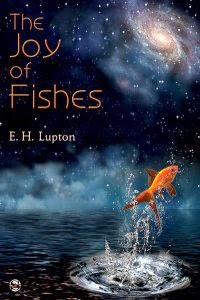 E.H. Lupton's The Joy of Fishes is available for immediate download from our website or your favorite ebook retailer.

Mara Daniels is a physicist doing cutting-edge research into the nature of reality at the University of Chicago. She’s an astronomer. She’s an amateur student of Chinese philosophy. And she’s still recovering from last summer’s car crash that killed Benjamin Zhu, her fiancé. It’s a slow process; she can walk without a cane now, but she still suffers from migraines, nightmares, and seeing Zhu’s ghost everywhere she goes. The novella The Joy of Fishes follows her through the day on which these threads begin to unravel.
Posted by Sarah J. MacManus at 8:00 AM