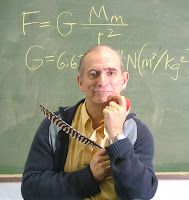 D’Eon lives with his wife and two cats in one of the world’s true Shangri-la’s: Nelson, British Columbia, Canada.

His writing pursuits have been forged largely in the fires of live theatre where, for thirty years, he has participated as an actor, director and playwright. Four of his stage plays have been produced locally and one in St. John’s, Newfoundland. He also produced more than a dozen original radio dramas plus radio adaptations of famous classical scripts like Oedipus Rex and Macbeth.

In recent years Brian has focused his attention more and more on fiction, and his short stories and poetry can be found in a variety of publications. Brian’s story Sun Dancer won the 2009 Okanagan short story contest. In 2011 his story Badlands won the fiction prize in the Kootenay Literary Competition.

Brian likes to write stories that are speculative or which, at least, have elements of magic realism in them. For more information about his projects, check his website: www.briandeon.com

When did you first realize you wanted to be a writer?
I don’t think there was ever any one "eureka" moment. It has always been the natural way for me to interact with the universe. Even as far back as elementary school, if a notion excited me, my first response was to write about it.

Why do you write?
I write because I am "compelled" to. I start to feel antsy if I haven’t written for a while. More than that, it’s also an act of adoration, my affirmation of the great mystery of things and my gratitude to be included in the mystery.

Is being a writer/poet anything like you imagined it would be?
I don’t think I ever spent time imagining it. Except perhaps thinking that maybe, some day, I would be interviewed on a national radio show—one that I have been listening to all my adult life—that would be sort of surreal.

What do you think makes a good story?
My views about this are old-fashioned and hark right back to Tolstoy’s little book on aesthetics—What is Art? A good story must be uplifting in some way. If I can’t find somebody I truly like or admire in the first fifty pages of reading, I’m not likely to finish the story, no matter how well written. And, finally, a good story must make me think. In new ways, or about new things or, at the very least, take me to places I’ve never been.

What's your favorite genre to read?
In truth I read more non-fiction than fiction. There’s just so much to learn out there! But when I do read fiction, I like a good science-fiction piece, hard science fiction mostly, and am also very partial to well written magical-realism. All that being said, it’s very hard to beat the great classics: I still believe William Shakespeare is the greatest writer in the English language ever. Period. Case closed.


Who is your favorite author or poet?
Shakespeare, Homer, Cervantes, Tolstoy. But, in more contemporary terms, I’ve long been a fan of the writings of the Greek writer, Nikos Kazantzakis. My favourite poet is Dylan Thomas. I seem to be partial to dead guys.

What books or stories have most influenced you the most as a writer?
The lyricism and utter musicality of Dylan Thomas has influenced my work greatly, I think, and Shakespeare too, for similar reasons. If a work doesn’t "sound" beautiful when read out loud, it doesn’t really work for me.

What books or stories have most influenced you as a person?
Well, if I had to point to one book, I might have to choose Zorba the Greek, by Kazantzakis. The central character, Zorba, is a man larger than life, an older man (like me now!), but nonetheless with relentless energy, ambitions and appetites. This story ends with the narrator getting a letter from Zorba, whom he hasn’t seen in years. Zorba tells him to drop everything and come and see him at once. Why? Because he has discovered an extraordinary green stone…

For me, the human condition can be summed up in that one scene. Are we willing to drop everything for the sake of a green stone or not? It’s a big question and a mistake to dismiss it.

Where/how do you find the most inspiration?
Nature, the world at large, the night sky, the laugh of a five-year old, any human being in the midst of doing what they love.

What does your family think of your writing?
Ha! I am pretty much the last one on their reading lists! To be fair, my son, Jonathan—himself a fine writer--is a very careful reader of my work and, generally, very encouraging.

What is your work schedule like when you're writing?
I very definitely prefer to write in the morning and I need quiet. Can’t have music of any kind playing. I have to close the door so my cats won’t bother me.

I always like to read what I have written during the day, just before going to bed, so it can stew in my subconscious overnight. Also, during the day, I will take little breaks in the writing by playing a game of Hearts on my computer. I have named my opponents Einstein, Archimedes and Curie.

Is there anything you find particularly challenging in your writing?
I have to be careful not to let the musicality of the writing get in the way of the meaning. It can be hard for me to let go of a phrase if it "sounds" beautiful. I blame Dylan Thomas for this!

What are your current projects?
I am working on a historical-fiction novel, called Big Ledge, based on the true story of a murder that took place at the Bluebell mine in 1885, not far from where I live in British Columbia. I try to tell the tale from three different voices, but mostly from the POV of the man accused of the murder, Robert Sproule. I sneak a little magical-realism into the story as well.

What are you planning for future projects?
I’m still working hard to peddle my novel, Lunatics. And then, after finishing with Big Ledge, I think I might like to go back to Australia. To the year 1994, pre-Facebook, to follow the fortunes of a somewhat alienated exchange-teacher, on the eve of a remarkable celestial event: the first observation of a comet crashing into another planet.

Then there is my collection of short fiction to polish.

And maybe a children’s fantasy, something after the fashion of C.S. Lewis whose work I greatly admire.

Do you have any advice for other writers?
Oh, heavens! There are so many paths to follow. I might only argue against the advice sometimes given to write "only about what you know". How dull the world would be if we all adhered to that tenet. I would alter that advice to: "write only about what you have a passion for." You can get to "know" about it as you write.

Where else can we find your work?
The best place to start would be my website, www.briandeon.com