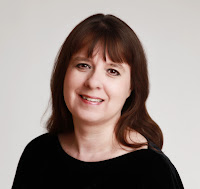 J.S.Watts is a British writer. She was born in London, England and now lives and writes near Cambridge in East Anglia. In between, she read English at Somerville College, Oxford and spent many years working in the British education sector. She remains committed to the ideals of further and higher education despite UK governments of assorted political persuasions trying to demolish them.

Her poetry, short stories and book reviews appear in a variety of publications in Britain, Canada, Australia and the States including Acumen, Envoi, Mslexia and Fantastique Unfettered and have been broadcast on BBC and independent Radio. She has been Poetry Reviews Editor for Open Wide Literary Magazine and, until its demise, Poetry Editor for Ethereal Tales. Her debut poetry collection, Cats and Other Myths and a subsequent poetry pamphlet, Songs of Steelyard Sue are published by Lapwing Publications. Her novel, A Darker Moon, is published by Vagabondage Press.  Find her online at www.jswatts.co.uk and www.facebook.com/J.S.Watts.page When did you first realize you wanted to be a writer?
It was at the beginning of secondary school. I’d always enjoyed writing, but hadn’t thought beyond that. Then a teacher I really respected commented on one of my short stories, saying she thought that one day I’d be good enough to turn professional. That was the spark that ignited the dream.

Why do you write?
Because I am alive. Because it’s what I do – for me it’s like breathing, really.
Is being a writer/poet anything like you imagined it would be?
I’ve written for so long in one form or another, that I find it well nigh impossible to answer this question.
What do you think makes a good story?
A good beginning, a riveting middle and an entertaining end or a riveting beginning, an entertaining middle and a good end: perm it how you will.
What's your favorite genre to read?
I don’t have one genre, but I read a good deal in terms of literary fiction, fantasy, science fiction, crime (a little), poetry, historical fiction, biography, literary criticism and anything else I feel to be a good or interesting read.
Who is your favorite author or poet?
I don’t have just one, but in no particular order (and with apologies to those I have left out) I’d list: Sylvia Plath, Ted Hughes, Alice Oswald, Anne Sexton, Charles Causely, Emily Dickinson, John Donne, Wilfred Owen, T.S.Eliot, Thomas Hardy, Ray Bradbury, Alan Garner, Rosemary Sutcliffe, Hilary Mantel, Angela Carter, Sebastian Faulks, Roger Zelazny, Philip K. Dick, Douglas Adams, Terry Pratchett and, if I had the time, I’d go on…..
What books or stories have most influenced you the most as a writer?
As you can probably gather from my list of favourite writers, it’s going to be difficult to narrow it down in any meaningful way. I like to think that all those I have listed as favourites have influenced my writing in some way.
What books or stories have most influenced you as a person?
To a certain extent the answer is the same as the one above, but I can still vividly recall crying in class (in primary school) when finishing Rosemary Sutcliffe’s "The Hound of Ulster" because I found the ending so sad and similarly (in secondary school) crying over a short story by Ray Bradbury for the same reason.
Where/how do you find the most inspiration?
Things, ideas, emotions around me that I connect to.
What does your family think of your writing?
They are very supportive and appreciative, but aren’t most families?

What is your work schedule like when you're writing?
I don’t really have a schedule, I just write in the time available to me.
Do you have any writing quirks or rituals?
Not that I’m aware of, unless you call the way that I write a quirk: always longhand and often in pencil. After that I type up onto the PC, editing as I go and from there on in I edit by hand and then type any changes into the manuscript.
Is there anything you find particularly challenging in your writing?
It’s been said before and better by others, but writing a novel is a bit like running a marathon (not that I’ve ever done the latter). Finding the stamina to keep going as you re-write your re-writes and edit your edits (and that’s before you even get to publication stage) can be a challenge.
What are your current projects?
Editing (yet again) the second novel, writing the third, writing more poetry and short stories.
What are you planning for future projects?
Finishing the third novel, getting the second published, producing a third poetry book.
Do you have any advice for other writers?
Persevere
Where else can we find your work?
All over the place! – my poetry, short stories and book reviews appear in a variety of publications in Britain, Canada, Australia and the States including Acumen, Brittle Star, Envoi, Hand + Star, Mslexia and Orbis. My two poetry books, a collection, "Cats and Other Myths" and a pamphlet, "Songs of Steelyard Sue" are both published by Lapwing Publications. You can find more detailed information and links to relevant websites (and sales outlets) on my website:
www.jswatts.co.uk You can also find me on Facebook at www.facebook.com/J.S.Watts.page