Author Insides: Tamela Ritter, author of FROM THESE ASHES 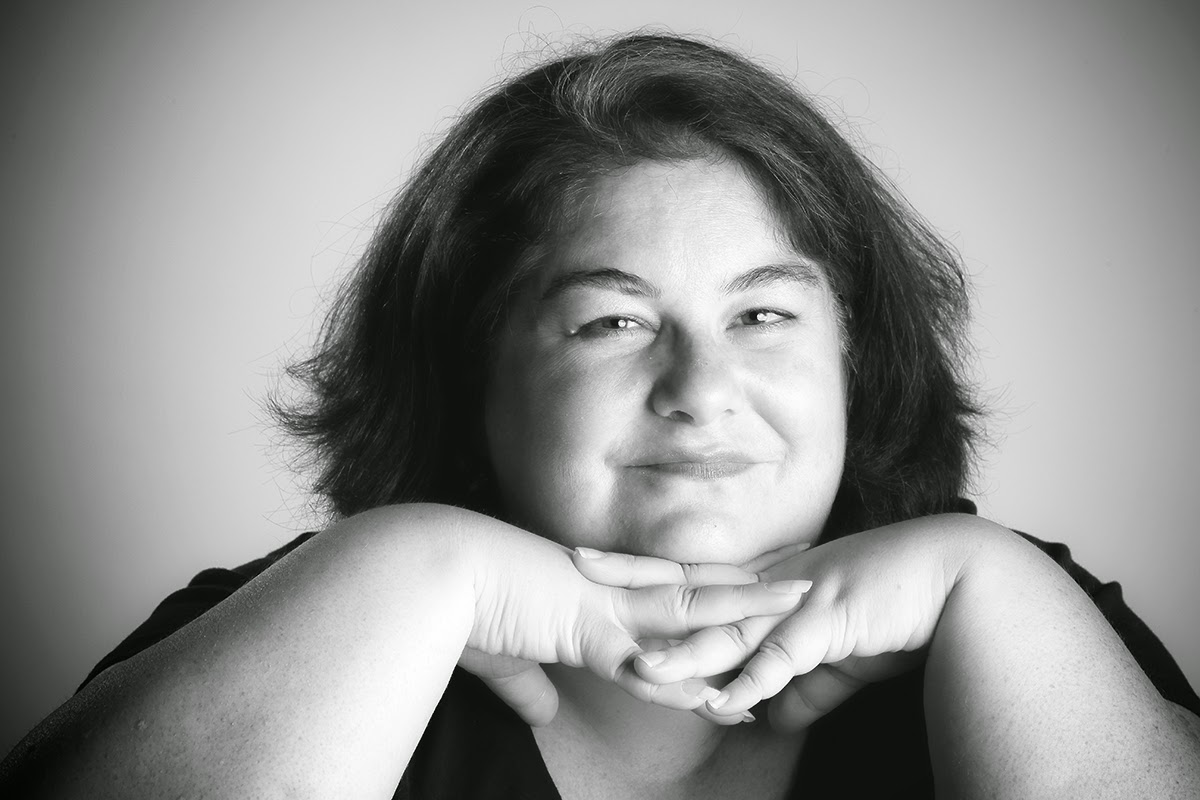 Tamela’s truck driving father taught her the value of stories, travel and adventure. Her housewife mother taught her the value of daydreaming, family and escapism. Though she was raised in Spokane Washington, it wasn’t until she moved to Missoula Montana that she felt she was “home.” She currently lives in Virginia, but still dreams of the Big Sky.

Her debut novel, From These Ashes, was released in March 2013 to numerous 5-star reviews. We wanted to take a peak into her inspiration and her writing process.

I remember the exact moment. I was 10 years old and my teacher, Mr. Knowles, gave us inanimate objects and we were told to write their life story. I received a beat up A&W Root Beer can. I remember how excited I was to create this story for the object, how I imagined a long and torturous life for this misused can. I did research on the recycling process and created transformation and rebirth, only to be separated by his pack family. It was pretty epic.  I remember taking my story to school and being horrified and terribly embarrassed when I saw that everyone else’s stories were a page or two long; mine was 10 pages. But, that fear of fourth grade public humiliation was short lived because what I remember most was the awe of my teacher and the praise bestowed on me by the school. I won my first award that year. In fact, in my entire school career from then to college, the only awards I ever won were for my writing. I was hooked.

Haha, if it’s true that there are only a handful of original ideas out there, I’d say there are even less so original reasons why anyone writes. Mine is just as clichéd as everyone else’s. I’ve never NOT written; I can’t imagine I’d be very good at it.

What was the inspiration for From These Ashes?

I wanted to tell stories about my brother. I remember talking to my sister who is three years younger than me and I was telling stories about him—he died when I was 10, she was 7—she told me that she feels horrible that she doesn’t remember much about him. That broke my heart. I feel like he’s been such a motivational force in my life and I wanted her to know a bit about what I remembered. Of course it turned into something completely different, but that was the inspiration.

How has your own heritage played into this story?

I didn’t set out to write about American Indians. Like so much of this story, I just arrived at it organically, and discovered I couldn’t tell it any other way. I honestly know very little of my own heritage, my being Cherokee. My mother came from a very troubled and dark background and I believe she blamed a lot of that on her heritage and so walked away from it. We never got to spend too much of our time with her family, but the time I did spend with my grandmother I remember two things distinctly: she was extremely proud of being Cherokee and she loved my brother Tim the best. I somehow had it in my head that these two things were linked. My brother looked way more Indian, was way more curious about his heritage then any of the rest of us.

Sadly, since I’m unfamiliar with most things having to do with Cherokee, but am really well educated in, and have been surrounded by Spokane, Kootenai, Coeur d'Alene and Flathead my whole life, I have committed a horrible sin. I have assimilated my characters into a tribe not their own. Since this whole book is about them trying to find a place to belong, and not feeling they ever really knew who they were in relation with the heritage, it seems rather appropriate. Besides, this story needed to be told in the West of my childhood, of my earliest memories and the home I turned to in Montana when I myself went looking for a family, a place to belong.

Do you see any of yourself in your characters and their hopes and dreams and struggles?

Yes. So very much. Though we didn’t live on a reservation, we did live in extreme poverty and the struggle to survive, the hope for a place to belong and the dream that somewhere out there is a family that will accept you for what you are and see all your strengths and all that you can offer and welcome you. Those are all themes I’m familiar with.

You put your character through a very traumatic incident – something that happened to you personally. Care to talk about what it was like to write that scene.

Yikes. Which one? I stole a lot of painful memories from my own life for this story. When I was 10 my brother was run over by an 18 wheeler on his way home from school. For years after I had nightmares where I was there that day, standing beside him, watching and not able to do anything. Later, I tried to see it from everyone involved’s POV, including the man who was driving the truck; a man I know nothing about but had to imagine experienced something just as life-altering. For me, the rest of the novel exists as a way to tell that story.

Literary fiction is my go-to. I also really enjoy and am amazed by Young Adult.

Steinbeck and Whitman: two men who had distinct views on America—the good and the bad and articulated them masterfully.

What books or stories have most influenced you as a writer?

Sherman Alexie’s “The Lone Ranger and Tonto Fistfight in Heaven.” I read it for the first time in college. One of the stories was given as an assignment—I can’t remember which one—and I remember this overwhelming sense of optimism that someone could exist and be heralded as a voice of a generation who came from where I did, and wrote about characters who were flawed in stereotypical and not so stereotypical ways like I did. That you could be funny and also heartbreakingly honest, like I desperately wanted to be.

S.E. Hinton’s “The Outsiders.” Without that book I don’t think I’d have dreamed of being an author from the age of 12. I mean, at 10 I knew I wanted to write, at 12 I wanted to write honest to goodness books! I’m certain that “From These Ashes” wouldn’t have been written if I hadn’t had “The Outsiders” in my life first.

From the very beginning, walking out of the movie theater (yes, I saw the movie first—best adaptation EVER!), I couldn’t get the comparison of my brother and a lot of those characters—mostly Johnny Cade—out of my head. I remember just weeping the entire ride home and it’s really the first time I remember mourning my brother’s death.

It’s almost embarrassing now how very obsessed with that book I was and for how long. At one time I had the first two pages memorized and to this day can recite the first paragraph. I walked around barefoot for six months because Sodapop Curtis did, I read Frost because Ponyboy did and I started smoking because…wait, nevermind.

Just everywhere. There are different sorts of inspiration that I seek out and they occur at very different places. For ideas and character-study inspiration, nothing beats book stores, bars, malls and amusement parks. To write, or to become inspired to write, I like to be outside—at the beach, lake, river, or in the mountains.

My family is extremely proud of any accomplishment I achieve and I truly think they like my stories.

Schedule? What’s that? These days I grab any free moment I can to write but I am constantly—no matter what I’m doing—creating, plotting, thinking of my characters and where they are in the story and where they need to go.

None that I’m proud of and absolutely none I’d condone others to emulate.

Um… all of it? No, seriously, I usually have no problem coming up with stories, finding characters that have worthwhile things to say as they travel through tremendously painful traumas on their way to self-actualization. I know how blessed I am to have that come so easily, and yet, I am constantly feeling I let down that gift when it comes to actually sitting down to put the words on the page. So, for me, I guess the most challenging thing is mustering the concentration it takes to get the story from my mind to the page before I lose it.

I just went through every computer I’ve ever owned and pulled out all the things I’ve started and never finished. In there were at least 10 short stories I still think might have value and 4 novels in varied levels of undone. My current project is going through all of these files and sorting what needs to be banished to hard-drive hell to burn for an eternity and what needs to be dusted off, spruced up and finished.

Ahhhh, so many future projects, so very little planned. I get stifled when I think too far in the future.

I have a few short stories online, there are a few obscure literary journals floating around with my work included. Or, if you’d like to help a worthy cause, there’s the anthology “Ripple Effect” that I’m still extremely proud of and whose proceeds still go to New Orleans Public Libraries.

I always feel the need to be witty when asked this question—or whip out pictures of my pets. Honestly though? I got nothing. 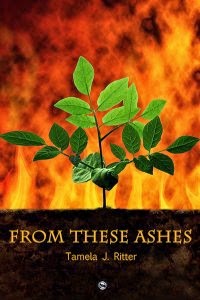 From These Ashes is available in paperback from Powells, Amazon, and B&N, and is also available for Kindle, Nook, and other eReaders.

From These Ashes chronicles the journey of two siblings looking for “home,” while searching for themselves, each other, their heritage and their destiny.

In a center for cult recovery in Phoenix, Arizona, 16-year-old Native American Naomi West refuses to talk; instead she writes — about her life, about her brother, about the prophecy, and about the fire that nearly destroyed it all.

Meanwhile, her half-white brother, Tim West, awakes alone in a forest without memories of his past, only an unconscious urge to head west. It is on a Cascade mountaintop where he once again gets too close to a fire, and what starts as a horrifying nightmare wakens him to the truth of his past and a devastating choice that cost him everything.