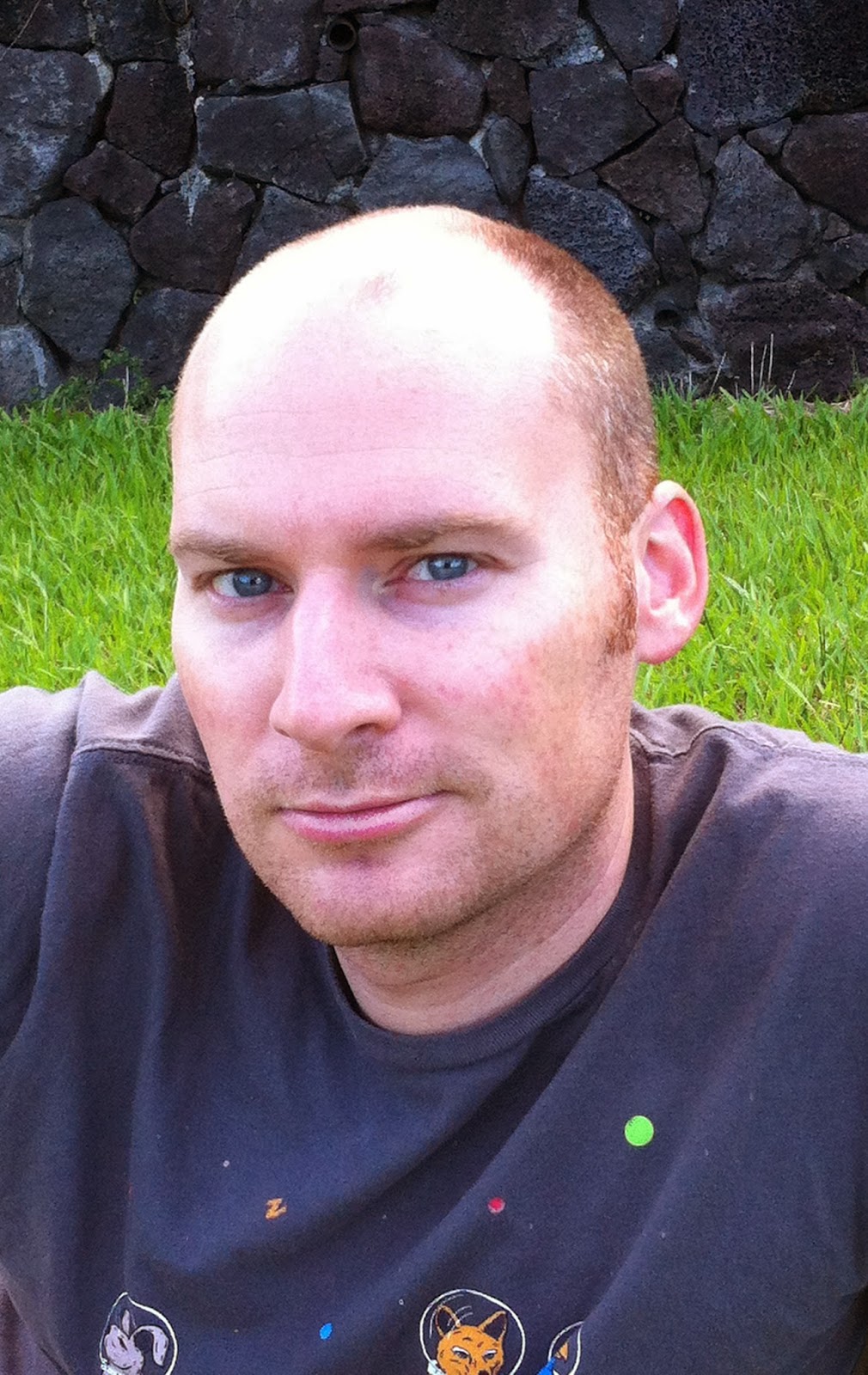 
Alex Miller grew up in Spring Hill, Tennessee, and lived in Nashville for a few years. He’s a newspaper editor who lives with his wife in Hilo, Hawaii. He misses the South, and especially all the hot weather, poverty, crime and rampant unemployment, but—if he must—he’s willing to go on living in Hawaii for a little while longer. Or maybe forever.

Alex's young adult novella, Osama bin Laden is Dead, is a story about adolescent frustration in a post-911 America.

It happened when I was in the fourth grade. Every few weeks the teacher would make everybody in the class write a story. I think we had to include a bunch of spelling words in the stories. And we had to read them out loud in front of the whole class, which, by the way, is terrifying, especially for a 10-year-old. But there was this cute girl who liked my stories, and at the end of the year she walked over to my desk and asked me if I was going to be a writer someday. That’s when I made up my mind.

To meet cute girls. And because I just can’t seem to stop. Writing is as meaningful to me now as it was when I was a kid, or when I was in college, or afterward when I worked crappy jobs and wondered what was the point of anything. Other stuff came and went, but writing is the one thing I can’t let go of.

I always thought that becoming a writer would change me, like I’d be a different kind of person, a “writerly” person. But that’s not what happened. I’m still the same person. I just spend a lot of time writing.

A story needs to give the readers something that matters to their lives, something they can relate to, something that feels universally human. Any story can do this, even crazy stories about robots with serrated knives for hands. If the robot falls in love or gets chewed out by its boss, the robot will matter to the readers. And if you can write a story that makes the reader say, “Sometimes I feel exactly like a robot with serrated knives for hands,” that’s going to be a good story.

Realistic fiction. Basically I’ll read anything in the “literature” aisle at Barnes & Noble. And sometimes I take a break from the heavy stuff and read a book about hobbits or elves or whatever.

Who is your favorite author?

Tim O’Brien. He’s the best there is.

“The Sun Also Rises,” by Ernest Hemingway; “Winter Dreams,” by F. Scott Fitzgerald; and “The Nuclear Age,” by Tim O’Brien.

The same three as above, but here I’ll add “Ishmael,” by Daniel Quinn; “A People’s History of the United States,” by Howard Zinn; “The Once and Future King,” by T.H. White; and “The Insurgent,” by Noah Cicero.

Just from life. The experience of being alive in a world that makes no sense. Or if all else fails I read a newspaper. Newspapers are brutal. If you want to know everything bad that happened in the world today, read a newspaper.

My wife is extremely supportive. She’s also a writer, so we swap our stories and proofread and give each other advice. And over the years we’ve learned how to do this without a lot of yelling.

I have a day job, so I write at night. It works for me because I like staying up and sleeping late. If I wake up before noon on a weekend, I feel like I’ve failed myself.

The hardest part is judging what I’ve written, trying to determine if it’s good or bad. Because I lie to myself. I’ll crap something out and tell myself it’s great. I’ll really convince myself. That’s why editors matter. A good editor will set you straight.

I’m putting together a short story collection, and I’m writing a novel about Hawaii and people who have no interest in working 9-5 jobs or being productive members of society.

Global Socialist revolution. Or maybe something sort of inspired by Socialism, but without all of the oppression and mass killings. Some new kind of Socialism that’s all about rainbows and ecstatic dancing. It’s a work in progress.

Just sit down and do it. Write something. Finish it. Rewrite it. Hit it again and again until all the words are right. Then try to get it published, because the process of writing for publication will take your writing to another level.

Osama bin Laden is Dead is available on Amazon, Kobo, and B&N.

Osama bin Laden is Dead is about growing up in a sad little town in the middle of nowhere. It’s about going to high school with a bunch of rich kids who hate you because you buy your clothes at Walmart. It’s about your parents manipulating you into enrolling in a creepy Christian college where morons go to be brainwashed. It’s about dating a girl who won’t put out.

Osama bin Laden is Dead is about Mark, a high school senior who can’t imagine how his life could ever stop being pathetic. Mark is neither happy nor well adjusted. He likes to pretend that Osama bin Laden is some kind of anti-Christ superhero who can save him from the bleak hellscape that his life has become. “Osama bin Laden is Dead” is about all of Western civilization crumbling and collapsing on top of you. It’s about war and terrorism and making out with your best friend’s girlfriend on a sticky couch in her basement. It’s about finding a new way to live.