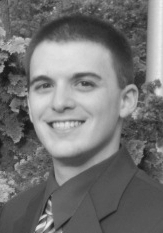 Christopher McKittrick was born in Long Island, New York and currently lives in Queens. His short stories range in style from fantasy to literary fiction and have appeared in The Adroit Journal, Burnt Bridge Literary Review, and the By Mind or Metal and Powers anthologies from Static Movement Press. His nonfiction work has appeared in Newsday and Good Times Magazine. He also contributed an essay on director Terry Gilliam to Roman Catholicism in Fantastic Film from McFarland Press and he is a regular contributor to MovieBuzzers.com, a website focused on the film industry and DailyActor.com, a website focused on acting in all media. He has spoken about literature, film, and comic books at various conferences across the country.

His novel, Montauk, is available on Amazon.

When did you first realize you wanted to be a writer?
I grew up being a voracious reader, which was thankfully encouraged by my parents and my older brother. At some point – I’m not sure when – I went from devouring all the books on my bookshelf to coming up with stories on my own. Even when I used to play with my action figures I would write down – in my little kid handwriting, of course – what happened during this playtime session so I could continue the story the following day. I’m not sure if any other child was as obsessed about playtime continuity as I was!

Why do you write?
I’ve always been encouraged to do so. As long as people keep complimenting what I write I am going to keep writing. Actually, even if people trash my work I’m sure I won’t stop. I feel compelled to always write down a funny bit of conversation I overhear on the subway, as if it deserves to be recorded by someone. I might as well keep being that somebody.

What was the inspiration for Montauk?
It seems as I was growing up in the mid-1980s to the late 1990s a new approach to parenting developed in middle and upper class society that told children that they deserved nothing less than the pinnacle of success because everyone is special. I’ve seen people use that as a driving force to realize their goals and people who sit around expecting success to come to them – after all, it has been promised to them all their lives, so why work for it? Reality shows teach us that anybody can be a star no matter how talented or untalented one is; social media promotes the idea that everything one does is important and worth bragging about. For many people the fantasy lives they construct and promote online are far more important to them than what happens in the living, breathing world. I wanted to write a character that came to a moment in his life when he realized that real-world success was not guaranteed and is not often fulfilled by the instant gratification expected in today’s society. While we should celebrate the accomplishments of an individual, it’s far more meaningful when it is well-deserved and earned, not because we feel compelled to boost self-esteem for someone whose accomplishments are remarkably average. Why reward mediocrity as if it is the equal to success?

Do you see any of yourself in your character and his struggles?
I’ve had people who had read parts of this assume we’re one and the same and that the story is autobiographical – I even had people express sympathy in regard to the death of my father, who, thankfully, is very much alive! However, I definitely see the character and myself sharing the same DNA, except that perhaps the character has, for one reason or another, not had some of the more positive experiences that I have had. I guess you could say that I created a character very much like me but I made his life a bit more tortuous. Since I created him, I can put him through the wringer, right? No hard feelings, I hope.

Do you have any siblings? If so, how would you compare your relationship with them to the one of your main character and his sister?
Unlike my protagonist, I am the younger of two brothers. Since I’ve never had a sister – or a younger sibling for that matter – I thought it would be fun to explore a totally different relationship than the one I have with my own real-life sibling. I just hope it came off genuine.

Your character does some emergency thrift store shopping? Have you ever done the same? If so, what’s the most unique item of clothing you’ve found in a thrift store?
Never in an emergency, but there was a magnificent thrift store right by my college (and later my first apartment) that had a fantastic selection of oddities. I have to admit that one of my favorite purchases were the white Levi’s I mention in the story, which were about as fashionably out of it as you’d expect. But that’s why I bought them!

What do you think makes a good story?
A character worth reading about. Plot is obviously important, but a rich character will generate the plot. I taught literature in college for four years, and I would frequently point out to students that the plot of The Catcher in the Rye is actually rather pedestrian – but Holden Caulfield and his cocktail of inner conflicts makes the novel one of the best ever written, and the more interesting aspects of the plot come from his character. I hope that my protagonist is someone readers will connect with, which will engage them in the plot.

What's your favorite genre to read?
I’m actually more of a non-fiction reader than a fiction reader, which drove one of my creative writing professors insane. I just find that there are so many great stories stemming from real-life experiences that are more interesting than anything anyone could have made up. I guess that’s why when I do read fiction it tends to be more genre-based. For example, I read a lot of comic books (both superhero and non-superhero), simply because the stories in them often take great liberties with reality.

Who is your favorite author or poet? What books or stories have most influenced you the most as a writer?
The one book which has continued to influence me, even though I first read it a decade ago (and about a half-dozen times since), is The Great Gatsby. I explained before how important character was to creating a story, and with Gatsby we have one of the most fascinating characters in fiction. We often look at Ahab as an example of a character driven by his obsessions, but I don’t see Gatsby as any less obsessive. I also connect with it because I grew up on Long Island and have spent my adult life fascinated by New York City, and I think this region offers writers the richest potential of settings and scenarios to work with. I frequently find myself completely engaged by Fitzgerald’s work.

What books or stories have most influenced you as a person?
The earliest non-children’s books I can remember reading are adventure stories like Robin Hood and Jules Verne and Superman and Batman comic books. While they didn’t inspire me to jump off of buildings or go on incredible adventures, I feel they shaped me in a certain mindset to explore the unexplored in life.

Where/how do you find the most inspiration?
It sounds cliché, but I honestly find the most inspiration in the world around me. A personal character quirk that I gave my protagonist in Montauk is that I am a huge music fan but I’ve never owned an iPod because I don’t want to cut myself off from the world around me when I ride the subway or walk down the street. There are dozens of potential story that surround me wherever I go, and why deny myself that?

What does your family think of your writing?
I think my parents wonder where it comes from. They’re both very intelligent, but neither has a creative knack in that way.

What is your work schedule like when you're writing?
Generally I write most of my work longhand first. I feel more creative with a pen in my hand. After I have accumulated a few paragraphs or pages I type it up, and not only do I edit my work while I do that but I tend to continue where I leave off. I gradually become immersed in the story – perhaps for a week I might only writer two or three paragraphs, but a few weeks later I’ll find that I suddenly can’t stop myself. Of course, the more I write, the more than needs to come out in editing later, because I get carried away when I am on a tear.

Is there anything you find particularly challenging in your writing?
I have several jobs that all involve writing, so by the time I have some free time to work on my own writing I’ve probably have already written at least a thousand words during my day jobs. There’s no switch inside me to go from "work writing" to "creative writing," so sometimes I’ll sit down to write but I’ll find myself writing in a style that’s very dry and inappropriate for fiction.

What are your current projects?
I have about four short stories in various states of incompletion. At least one might grow into something longer, but we’ll see how it plays out.

What are you planning for future projects?
I’d like to tackle a project that is about double the length of Montauk, but I haven’t found the right character yet. Obviously the longer the work, the stronger the character I’ll need to sustain the narrative. I’m sure he/she is out there, somewhere; I just have to find that character.

Do you have any advice for other writers?
I was hoping they would have some advice for me! I’m no expert, but the best advice I could give is to keep reading. See how other authors write, but don’t consciously try to copy their style. I’ve read too many awful Hemingway pastiches to know that the only person who ever could really write like Hemingway was Hemingway himself. Anyone else seems like they’re just forgetting words.

Where else can we find your work?
Check out http://amazon.com/author/chrismckit
Posted by Sarah J. MacManus at 7:00 AM